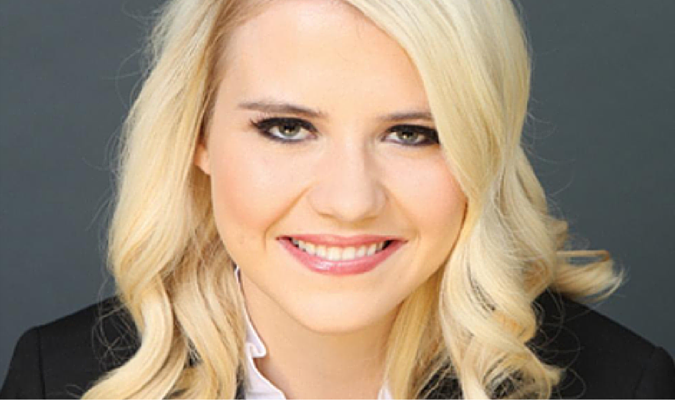 The fifth annual Frederick Speaker Series continues tomorrow with abduction survivor, bestselling author, and motivational speaker Elizabeth Smart. Though she was taken from her Salt Lake City home at the age of 14, Smart has become an advocate for change related to child abduction, recovery programs, and national legislation. We’ve compiled a few facts about Smart to prep you before she takes the stage.

Fact 1: Smart found that her family was the ultimate motivator.

Smart was held captive for nine grueling months before ultimately being returned to her family in March 2003. As she mentioned in an interview with Frederick Magazine, Smart said it would have been “so easy to have given up, but I always came back to the idea that despite all that had been taken away from me, I still had a family that loved me and I knew that would never change.”

Fact 2: She is the founder of The Elizabeth Smart Foundation.

Smart’s experience inspired her to create a nonprofit foundation, which seeks to prevent future crimes against children. The foundation partners with organizations like radKIDS, which trains children in personal safety education.

Fact 3: Smart is a graduate of Brigham Young University, where she studied music and harp performance.

She began playing harp at the age of 5, and by the time she reached middle school, she was frequently performing at local weddings, funerals, and recitals – including opening for the Utah Symphony.

Fact 4: She’s written one bestselling book… and is working on a second.

Smart’s memoir “My Story” was released in October 2013 and explores her abduction and time spent held captive in detail. She told Frederick Magazine her upcoming book will tell the stories of “people well-known and not so well-known” who have faced their own difficulties.

Fact 5: Her advocacy has taken her from the courtroom to the stage, the screen, and beyond.

Elizabeth Smart has become a champion for the Internet Crimes Against Children Task Force, a multi-jurisdictional group that helps state and local law enforcement agencies respond to cybercrimes against kids. She’s also brought her insight to the small screen, as a regular contributor for ABC News.

Want to meet Smart for yourself? Meet-and-greet tickets are still available… and all of the proceeds benefit children’s programming at Frederick County Public Libraries. See you at the theater!