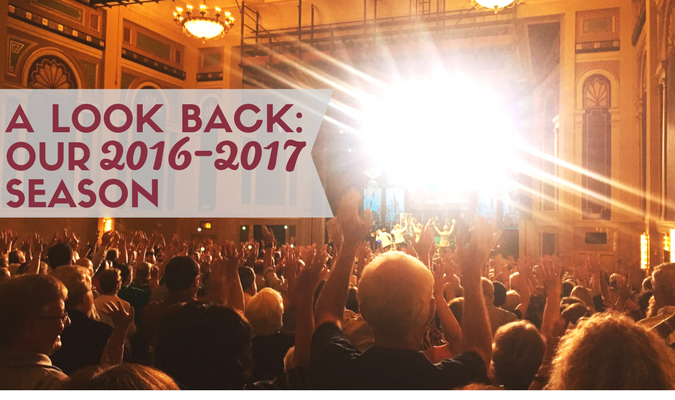 As flowers begin to bloom and the days grow longer, our 2016-2017 season is coming to a close. It’s been jam-packed with rockin’ musicians, laugh-a-minute comedians, stellar family entertainment, and so much more – so to celebrate, we thought we’d share a few highlights! 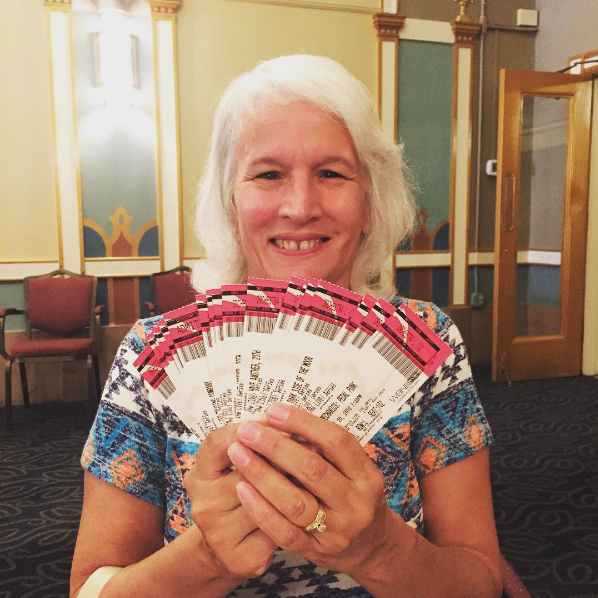 Long-time patron, member, and volunteer Monica was our first customer of the season. She snagged her tickets early for Bill Nye, Straight No Chaser, and more. 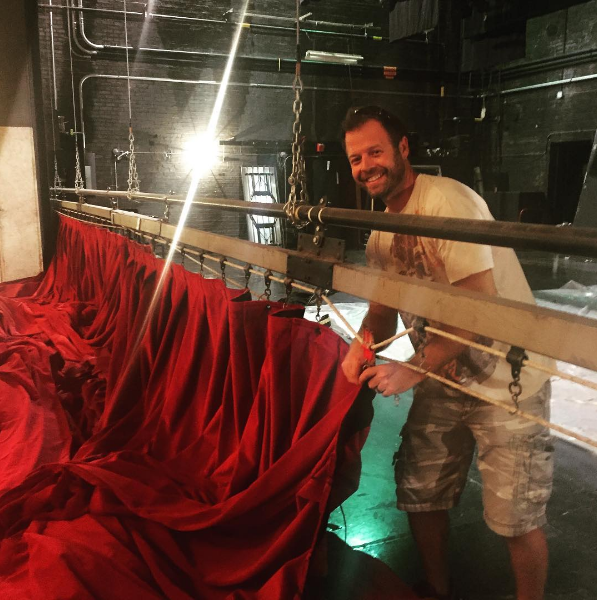 Our new curtain (courtesy of the First Energy Foundation!) went up in late September before the season began. Tech Manager Greg Davis was all smiles about the much-needed improvement! 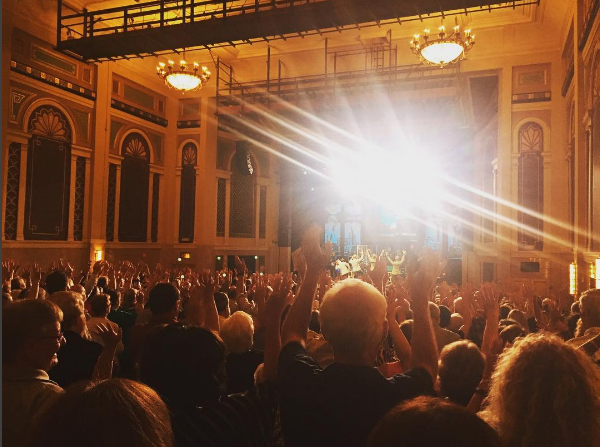 The Midtown Men – four stars from the original cast of Broadway’s Jersey Boys – kicked off the 2016-2017 season to a standing ovation! 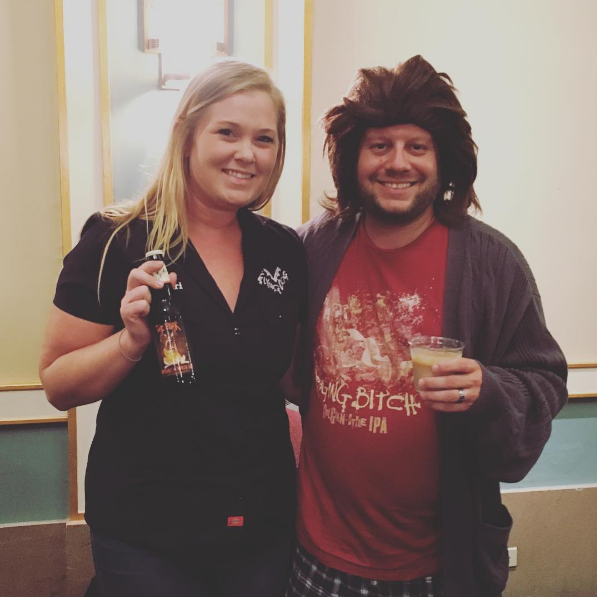 Our friends from Flying Dog Brewery were in the house in October for a screening of The Big Lebowski… with wigs and White Russians, too! 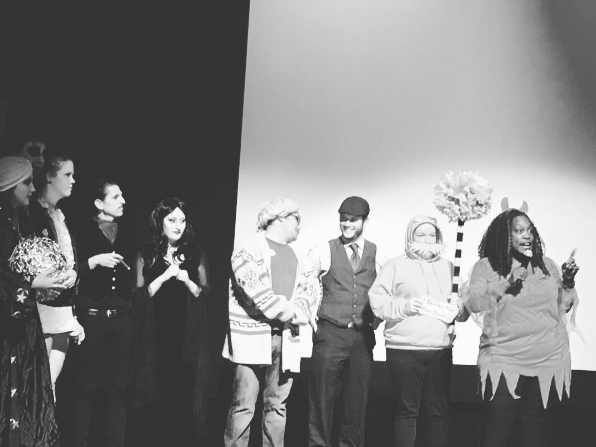 Morticia and Gomez Addams stole the show at our Halloween costume contest, which was held before a screening of the silent film classic “Dr. Jekyll & Mr. Hyde.” 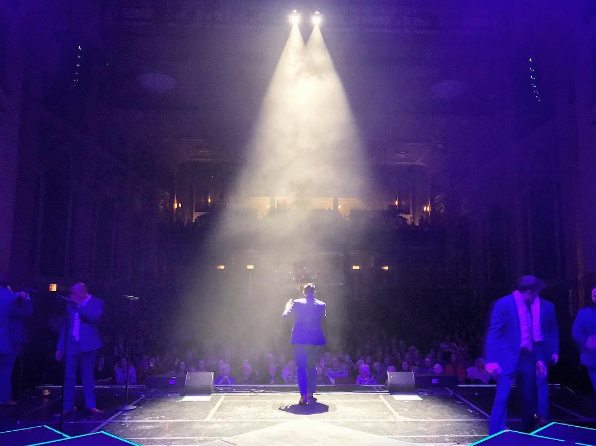 Straight No Chaser took over our Instagram account in November to share some backstage hijinks. Their sold-out performance marked their second concert here at the Weinberg Center. 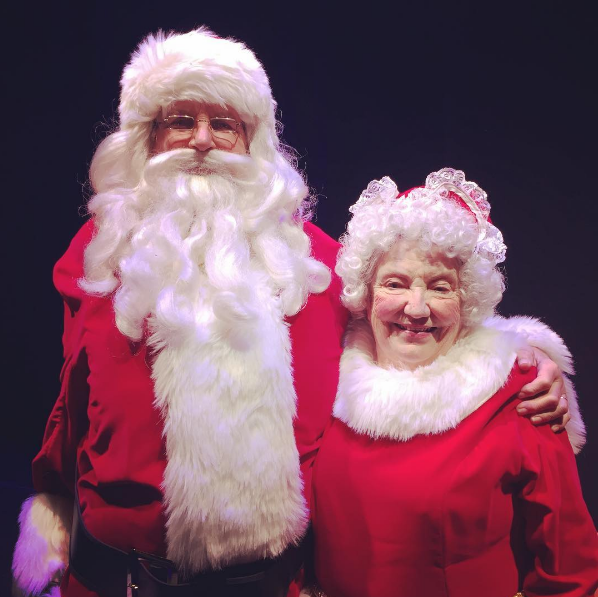 Santa and Mrs. Claus visited for our annual holiday tradition, Weinberg Winterfest! We love welcoming families to this free event each year, which features caroling along with our mighty Wurlitzer organ. 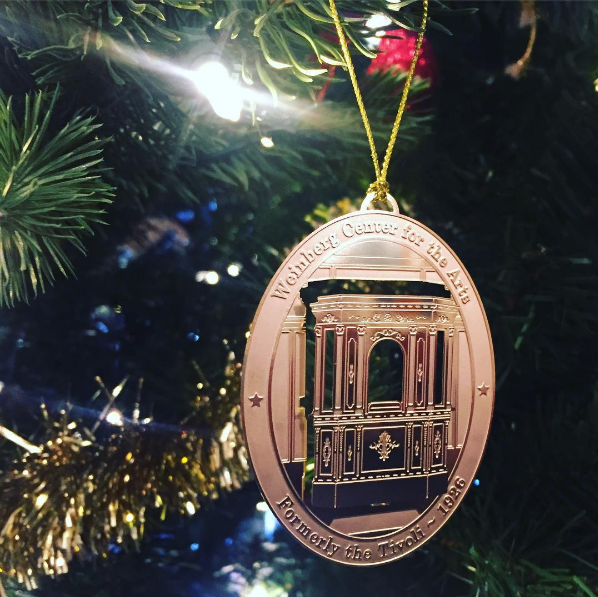 Our building turned 90 years old on December 26 – and we debuted a brand-new commemorative ornament to celebrate! These little beauties are available for sale year-round at the Box Office. 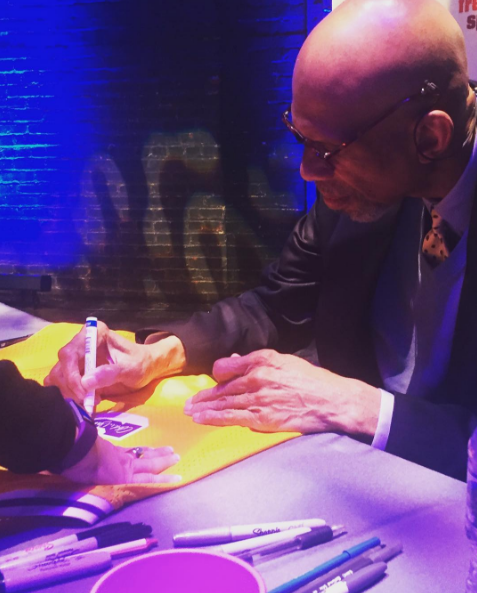 Kareem Abdul-Jabbar kicked off the 5th annual Frederick Speaker Series in January, where he spoke about his legendary basketball career and his advocacy work off the court. Some lucky fans were able to meet him at an exclusive meet-and-greet after the event! 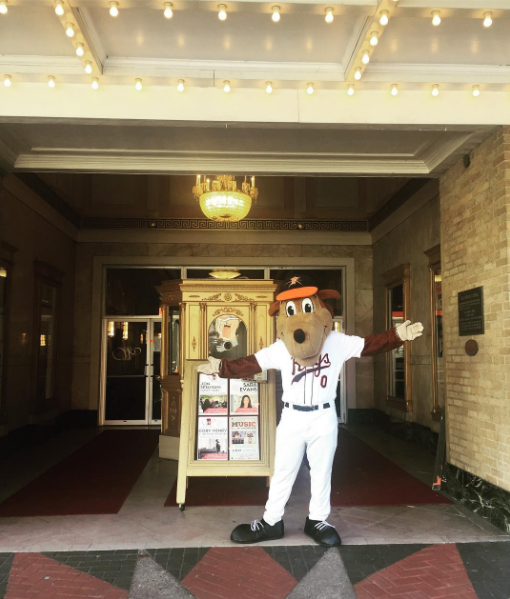 New this season, Keyote (of Frederick Keys fame!) joined us in the lobby before each Family Series event. There’s nothing like a hug from everyone’s favorite baseball mascot to get you excited. 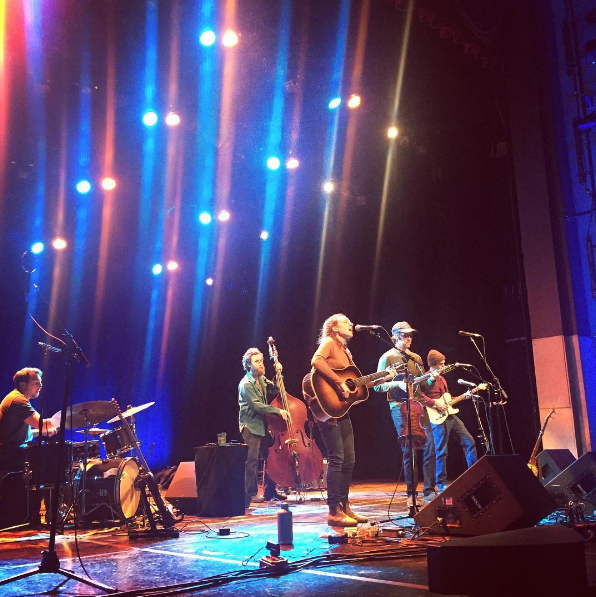 In March, Mandolin Orange returned by popular demand, playing to a sold-out house. It was so fun to welcome them back – they last appeared in spring 2016 as part of our Tivoli Discovery Series. 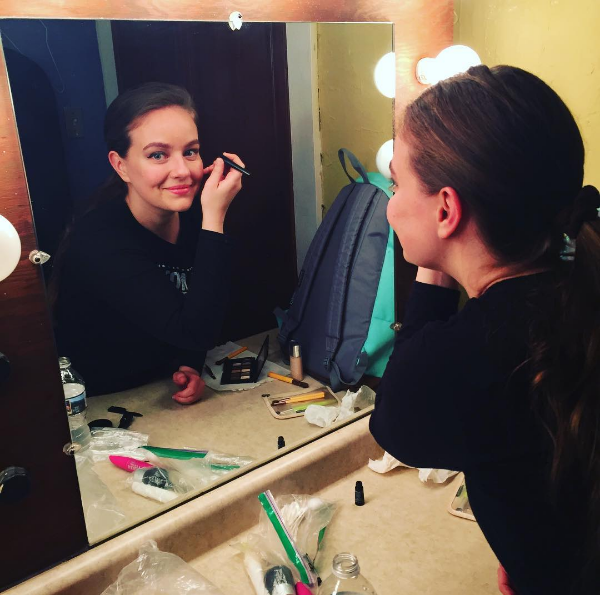 Just last month, The Quebe Sisters hit the stage for a rollickin’ evening of Americana fiddling… but not before they took over our Instagram!

Our season was almost over when Bill Nye the Science Guy finally arrived in Frederick for not one, but TWO sold-out Frederick Speaker Series events! He was excited to help us promote our snazzy Weinberg Center mugs backstage at this recordbreaking show. 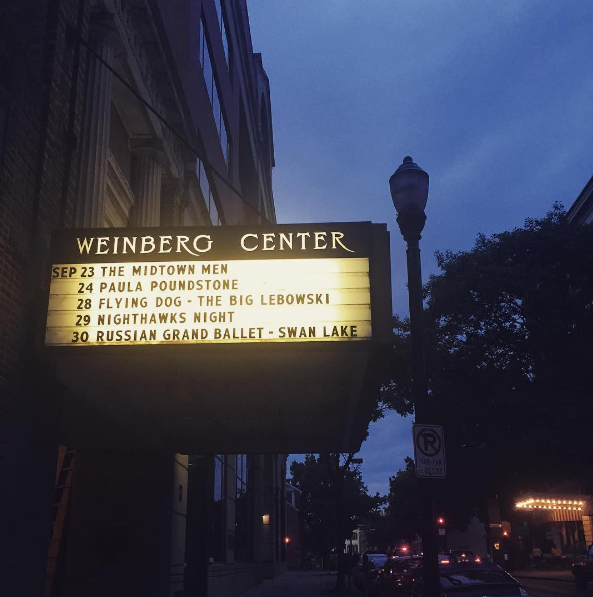 All photos are straight from our Instagram, which offers backstage sneak peeks and snaps on the daily! Of course, there were a number of other world-class events that took the stage for our 2016-2017 season, including William Shatner, Arlo Guthrie, and more. What events did you attend this season?

Psst… the 2017-2018 season is just around the corner! Mark your calendars for Thursday, August 3 at 10am, when the complete season lineup will be announced. Make sure you stay up-to-date with the new season by subscribing to our email newsletter and following along on Facebook, Twitter, and Instagram.